How to Lose a Battle: Foolish Plans and Great Military Blunders (How to Lose Series) (Paperback) 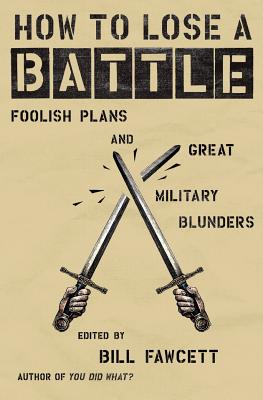 The annals of history are littered with horribly bad military leaders. These combat incompetents found amazing ways to ensure their army's defeat. Whether it was a lack of proper planning, miscalculation, ego, bad luck, or just plain stupidity, certain wartime stratagems should never have left the drawing board. Written with wit, intelligence, and eminent readability, How to Lose a Battle pays dubious homage to these momentous and bloody blunders, including:

How to Lose a Battle includes more than thirty-five chapters worth of astonishing (and avoidable) disasters, both infamous and obscure -- a treasure trove of trivia, history, and jaw-dropping facts about the most costly military missteps ever taken.

Bill Fawcett is the author and editor of more than a dozen books, including You Did What?, It Seemed Like a Good Idea . . . , How to Lose a Battle, and You Said What? He lives in Illinois.