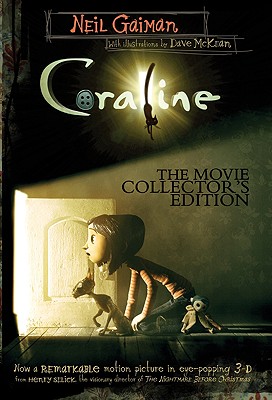 Her family has just moved to a completely new town, and so Coraline already feels a bit strange. In her new house there is one door that opens onto a brick wall. At least, it does until one day the bricks are gone and Coraline finds herself stepping over the threshold into another house . . . a house that's just like hers.

At first things appear marvelous in this other house. The food is better. The toy box is filled with windup angels that flutter about, books whose pictures crawl and shimmer, and little dinosaur skulls that chatter their teeth. But there's another mother and another father—and they want Coraline to be their little girl and stay with them forever. They want to change her and never let her go.

Other children are also trapped, as lost souls behind a mirror, and Coraline is their only hope. She will have to find a way to meet the other mother's challenge in order to save the lost children, her ordinary life, and herself.