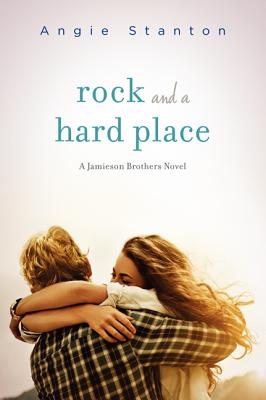 Perfect for fans of Sarah Dessen, Jenny Han, and Susane Colasanti, Angie Stanton's swoon-worthy romance—about an ordinary girl and a young rock star—will keep readers on the edge of their seats . . . and leave them wanting more.

In an instant, Libby's life went from picture-perfect to a nightmare. After surviving a terrible car accident, Libby is abandoned by her father and left with her controlling aunt. A new town, a new school, no friends—Libby is utterly alone. But then she meets Peter.

The lead singer in a rock band with his brothers, Peter hates that his parents overly manage his life. Constantly surrounded by family, Peter just wants to get away. And when he meets Libby, he's finally found the one person who just wants to be with him, not the rock star.

But while Peter battles his family's growing interference in both his music and personal life, Libby struggles with her aunt, who turns nastier each day. And even though Libby and Peter desperately want to be together, their drastically different lives threaten to keep them apart forever.

Angie Stanton never planned on writing books—she wanted to be a Rockette. However, growing up in rural America with her brothers' 4-H pigs as pets, she found that dance didn't quite work out. Instead, she became an avid daydreamer. After years of perfecting stories in her head, she began to write them down, and the rest is history. When not writing, she loves watching natural disaster movies, going to Broadway musicals, and dipping French fries in chocolate shakes. She lives in Madison, Wisconsin.

“Tenderly revealing and beautifully written, the story will involve and surprise the reader. This is a great read.” — Voice of Youth Advocates (VOYA)