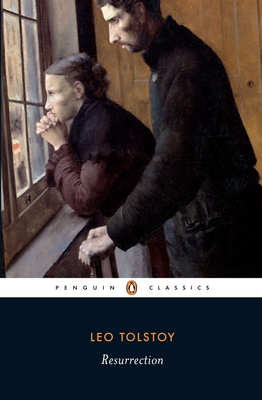 Serving on the jury at a murder trial, Prince Dmitri Nekhlyudov is devastated when he sees the prisoner - Katyusha, a young maid he seduced and abandoned years before. As Dmitri faces the consequences of his actions, he decides to give up his life of wealth and luxury to devote himself to rescuing Katyusha, even if it means following her into exile in Siberia. But can a man truly find redemption by saving another person? Tolstoy's most controversial novel, Resurrection (1899) is a scathing indictment of injustice, corruption and hypocrisy at all levels of society. Creating a vast panorama of Russian life, from peasants to aristocrats, bureaucrats to convicts, it reveals Tolstoy's magnificent storytelling powers. Anthony Briggs' superb new translation preserves Tolstoy's gripping realism and satirical humour. In his introduction, Briggs discusses the true story behind Resurrection, Tolstoy's political and religious reasons for writing the novel, his gift for characterization and the compelling psychological portrait of Dmitri. This edition also includes a chronology, notes and a summary of chapters.

For more than seventy years, Penguin has been the leading publisher of classic literature in the English-speaking world. With more than 1,700 titles, Penguin Classics represents a global bookshelf of the best works throughout history and across genres and disciplines. Readers trust the series to provide authoritative texts enhanced by introductions and notes by distinguished scholars and contemporary authors, as well as up-to-date translations by award-winning translators.

Count Leo Tolstoy was born on September 9, 1828, in Yasnaya Polyana, Russia. Orphaned at nine, he was brought up by an elderly aunt and educated by French tutors until he matriculated at Kazan University in 1844. In 1847, he gave up his studies and, after several aimless years, volunteered for military duty in the army, serving as a junior officer in the Crimean War before retiring in 1857. In 1862, Tolstoy married Sophie Behrs, a marriage that was to become, for him, bitterly unhappy. His diary, started in 1847, was used for self-study and self-criticism; it served as the source from which he drew much of the material that appeared not only in his great novels War and Peace (1869) and Anna Karenina(1877), but also in his shorter works. Seeking religious justification for his life, Tolstoy evolved a new Christianity based upon his own interpretation of the Gospels. Yasnaya Polyana became a mecca for his many converts. At the age of eighty-two, while away from home, the writer suffered a break down in his health in Astapovo, Riazan, and he died there on November 20, 1910.

Anthony Briggs has written, translated, or edited twenty books in the fields of Russian and English literature.