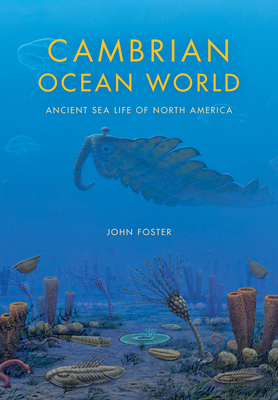 This volume, aimed at the general reader, presents life and times of the amazing animals that inhabited Earth more than 500 million years ago. The Cambrian Period was a critical time in Earth's history. During this immense span of time nearly every modern group of animals appeared. Although life had been around for more than 2 million millennia, Cambrian rocks preserve the record of the first appearance of complex animals with eyes, protective skeletons, antennae, and complex ecologies. Grazing, predation, and multi-tiered ecosystems with animals living in, on, or above the sea floor became common. The cascade of interaction led to an ever-increasing diversification of animal body types. By the end of the period, the ancestors of sponges, corals, jellyfish, worms, mollusks, brachiopods, arthropods, echinoderms, and vertebrates were all in place. The evidence of this Cambrian explosion is preserved in rocks all over the world, including North America, where the seemingly strange animals of the period are preserved in exquisite detail in deposits such as the Burgess Shale in British Columbia. Cambrian Ocean World tells the story of what is, for us, the most important period in our planet's long history.

John Foster is Director of the Museum of Moab in Moab, Utah. He served for thirteen years as Curator of Paleontology at the Museum of Western Colorado and adjunct faculty at Colorado Mesa University in Grand Junction. He has worked in Cambrian deposits in several areas of the western states, including California, Nevada, Arizona, Utah, Colorado, Idaho, and South Dakota. He is author of Jurassic West: The Dinosaurs of the Morrison Formation and Their World (IUP, 2007).