Memoirs of a Geisha (Hardcover) 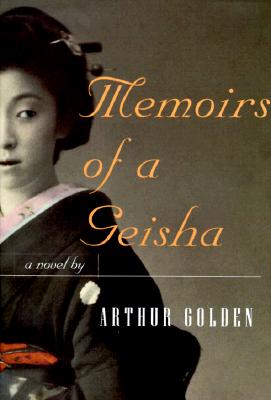 An alluring tour de force: a brilliant debut novel told with seamless authenticity and exquisite lyricism as the true confessions of one of Japan's most celebrated geisha.

Speaking to us with the wisdom of age and in a voice at once haunting and startlingly immediate, Nitta Sayuri tells the story of her life as a geisha. In Memoirs of a Geisha, we enter a world where appearances are paramount; where a girl's virginity is auctioned to the highest bidder; where women are trained to beguile the most powerful men; and where love, always elusive, is scorned as illusion.

Sayuri's story begins in a poor fishing village in 1929, when, as a nine-year-old with unusual blue-gray eyes, she is taken from her home and sold into slavery to a renowned geisha house. Through her eyes, we see the decadent heart of Gion--the geisha district of Kyoto--with its marvelous teahouses and theaters, narrow back alleys, ornate temples, and artists' streets. And we witness her transformation as she learns the rigorous arts of the geisha: dance and music; wearing kimono, elaborate makeup and hair; pouring sake to reveal just a touch of inner wrist; competing with a jealous rival for men's solicitude and the money that goes with it. But as World War II erupts and the geisha houses are forced to close, Sayuri, with little money and even less food, must reinvent herself all over again to find a rare kind of freedom on her own terms.

Memoirs of a Geisha is a book of nuances and vivid metaphor, of memorable characters rendered with humor and pathos. And though the story is rich with detail and a vast knowledge of history, it is the transparent, seductive voice of Sayuri that the reader remembers.

A dazzling literary achievement of empathy and grace by an extraordinary new writer.