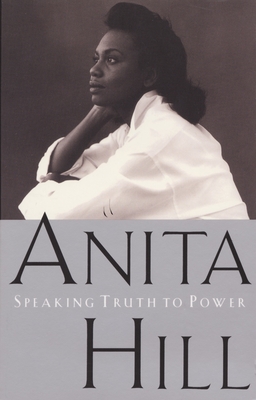 Twenty-six years before the #metoo movement, Anita Hill sparked a national conversation about sexual harassment in the workplace.

After her astonishing testimony in the Clarence Thomas hearings, Anita Hill ceased to be a private citizen and became a public figure at the white-hot center of an intense national debate on how men and women relate to each other in the workplace. That debate led to ground-breaking court decisions and major shifts in corporate policies that have had a profound effect on our lives--and on Anita Hill's life. Now, with remarkable insight and total candor, Anita Hill reflects on events before, during, and after the hearings, offering for the first time a complete account that sheds startling new light on this watershed event.

Only after reading her moving recollection of her childhood on her family's Oklahoma farm can we fully appreciate the values that enabled her to withstand the harsh scrutiny she endured during the hearings and for years afterward. Only after reading her detailed narrative of the Senate Judiciary proceedings do we reach a new understanding of how Washington--and the media--rush to judgment. And only after discovering the personal toll of this wrenching ordeal, and how Hill copes, do we gain new respect for this extraordinary woman.

Here is a vitally important work that allows us to understand why Anita Hill did what she did, and thereby brings resolution to one of the most controversial episodes in our nation's history.

Anita F. Hill, is a professor of social policy, law, and women's studies at Brandeis University, where she teaches courses on Race and the Law and Gender Equality. After receiving her JD from Yale Law School in 1980, she worked as the attorney-advisor to Clarence Thomas at the U.S. Department of Education. In 1991, she testified at the Senate confirmation hearings of Clarence Thomas. She gained national exposure when her allegations of sexual harassment were made public. She is the author of Speaking Truth to Power, in which she wrote about her experience as a witness in the Thomas hearings. She is also the author of Reimagining Equality: Stories of Gender, Race, and Finding Home. Hill has written widely on issues of race and gender in publications such as the New York Times, Newsweek, The Boston Globe, Critical Race Feminism, and others. She has appeared on Today, 60 Minutes, Meet the Press, and Face the Nation.

“This book is not a tell-all. It’s a tell-what-matters-most-in-the-long-run.”
--Elle

“A subtly complex exposition of the paradoxical blessings and banes that have beset her since the hearings. Unlike many celebrity books, it is neither slapdash nor ghostwritten, but rather an inspiring, elegantly written saga.”
—Harper’s Bazaar