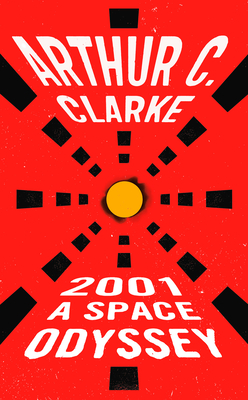 The classic science fiction novel that captures and expands on the vision of Stanley Kubrick’s immortal film—and changed the way we look at the stars and ourselves.

From the savannas of Africa at the dawn of mankind to the rings of Saturn as man ventures to the outer rim of our solar system, 2001: A Space Odyssey is a journey unlike any other.

This allegory about humanity’s exploration of the universe—and the universe’s reaction to humanity—is a hallmark achievement in storytelling that follows the crew of the spacecraft Discovery as they embark on a mission to Saturn. Their vessel is controlled by HAL 9000, an artificially intelligent supercomputer capable of the highest level of cognitive functioning that rivals—and perhaps threatens—the human mind.

Grappling with space exploration, the perils of technology, and the limits of human power, 2001: A Space Odyssey continues to be an enduring classic of cinematic scope.

Sir Arthur C. Clarke (1917-2008) wrote a hundred books and more than a thousand short stories and essays covering science fiction and science fact in a career spanning more than six decades. Among his bestselling novels are Childhood’s End, 2001: A Space Odyssey, and Rendezvous with Rama.

In 1945, he proposed global broadcasting via communication satellites in geostationary orbit. One of his short stories inspired the World Wide Web, while another was expanded into 2001: A Space Odyssey, which he cowrote with Stanley Kubrick.

Born in Somerset, England, Clarke was educated at King’s College, London. He worked in the British civil service and the Royal Air Force before turning full-time author in 1950. The recipient of dozens of awards, fellowships, and honorary doctorates, Clarke had both an asteroid and dinosaur species named after him. Queen Elizabeth II gave him a knighthood in 1998.

“Full of poetry, scientific imagination, and typical wry Clarke wit. By standing the universe on its head, he makes us see the ordinary universe in a different light...[This novel becomes] a complex allegory about the history of the world.”—The New Yorker

“Clarke has constructed an effective work of fiction...with the meticulous creation of an extraterrestrial environment, the sort of extrapolation of which Mr. Clarke is a master.”—Library Journal