In a Dark Time (Hardcover) 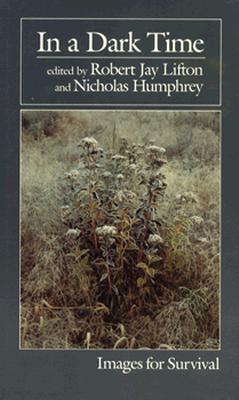 "In a Dark Time" is an anthology for the nuclear age, created by two professional psychologists who have ordered their material so that the successive selections reflect and comment on one another, compelling the reader to think about the insanity of war. This book draws on thoughts and writings from more than two millennia: poets from Sappho to Robert Lowell, dreamers from Saint John the Divine to Martin Luther King, Jr., statesmen from Seneca to Winston Churchill, soldiers, churchmen, writers, leaders. Along with them are mingled the voices of people who have faced appalling danger in their own lifetimes--an American schoolchild, a Hiroshima grocer, a plague survivor, a Turkish dissident. Human beings appear at their best and at their worst: as savage warriors, as helpless victims, as dupes of "Nukespeak" and warlike propaganda, and finally as individuals with the courage to say no.

"In a Dark Time" will shock, warn, and ultimately inspire those many people who share the perception that humankind now stands on the brink of self-annihilation but who believe, with Theodore Roethke, that "in a dark time, the eye begins to see."