The Rise of the American Conservation Movement: Power, Privilege, and Environmental Protection (Paperback) 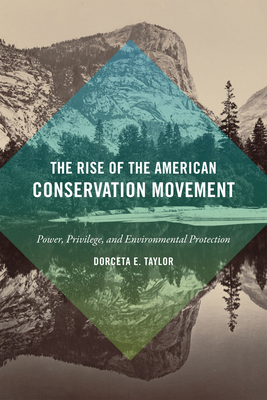 In this sweeping social history Dorceta E. Taylor examines the emergence and rise of the multifaceted U.S. conservation movement from the mid-nineteenth to the early twentieth century. She shows how race, class, and gender influenced every aspect of the movement, including the establishment of parks; campaigns to protect wild game, birds, and fish; forest conservation; outdoor recreation; and the movement's links to nineteenth-century ideologies. Initially led by white urban elites-whose early efforts discriminated against the lower class and were often tied up with slavery and the appropriation of Native lands-the movement benefited from contributions to policy making, knowledge about the environment, and activism by the poor and working class, people of color, women, and Native Americans. Far-ranging and nuanced, The Rise of the American Conservation Movement comprehensively documents the movement's competing motivations, conflicts, problematic practices, and achievements in new ways.