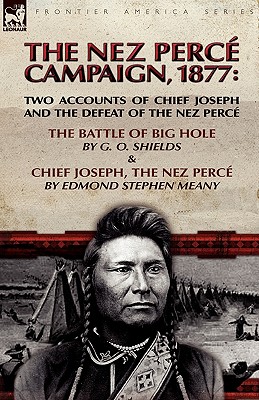 A great Indian chief and giant of the history of the western frontier Many of the names of the leaders of the tribes of native American Indians of the nineteenth century have become known to the entire world. Though they often appear in tandem with the generals who opposed them, it must be remembered that these men-warriors from martial races-were not at the head of an enemy army. They sought only to maintain the fundamental right of their people to live freely on their ancestral lands. They were brave to a fault, always fighting to protect their way of life, women, elderly and children. Under resourced and ultimately outnumbered theirs was destined to be a losing battle against the pale faced newcomers; their ends and those of their people were therefore universally tragic. Chief Joseph of the Nez Perc had given pledged to his dying father that the land that held his bones would never be given up. But 'Manifest Destiny' knew no compromise and so it was that in 1877 Chief Joseph found himself leading his cold and hungry people on a fighting withdrawal to the safety of British Canada pursued by the US Army under Howard and Miles. This is the history of those times accompanied here by the reflections of Chief Joseph himself in an interview given in later life. An essential chronicle for all those interested in the history of the West. Available in softcover and hardcover with dust jacket.