How Did This Get In There? (Paperback) 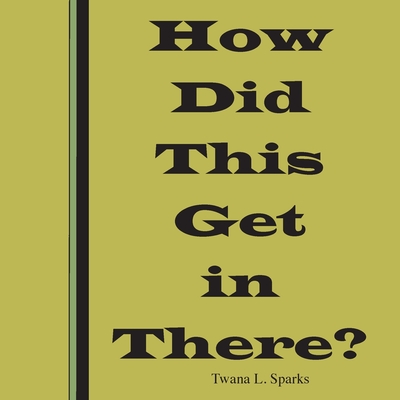 Stories and photos of beads, rocks, coins removed from the ears, noses, throats of adults and children. Many of the removed items had been there for years and forgotten. Suddenly the body decides to rid itself of the foreign objects and show up at doctor's office with infections, pain or mysterious bumps. Sparks, a ear, nose and throat physician posted these items on bulletin boards for years.

The funniest part is that so many of the items removed from children were claimed by the parent or child as mementos. The children always wanted the money removed from orifices returned. The best story is the father whose six year old son had a plastic toy removed from his nose, it having been there for years. Later in the day the father of the child returned to the physician's office with toy stuck up his nose and he could not remove it. When asked what happened?, he replied, "I just could not see how my son that this thing up his nose, and I was trying to figure it out."