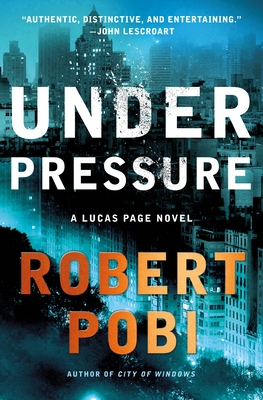 "Pobi surpasses even the excellence of City of Windows as he engages the mind, jangles the nerves and touches the heart in this intelligent, powerful thriller." --Fredericksburg Free Lance-Star

"Stellar... combines a razor sharp sense of humor with surgical use of political and social commentary throughout. This is a must for fans of sophisticated crime fiction." --Publishers Weekly (starred review)

"Under Pressure will have you guessing right up to the big finish... it moves at a breakneck pace that barely allows you to catch your breath." --BookReporter

"A thrill ride of a novel." --Booklist

"Page is an appealing hero and the story is filled with action and suspense." --Library Journal