The Angel Maker: A Novel (Hardcover) 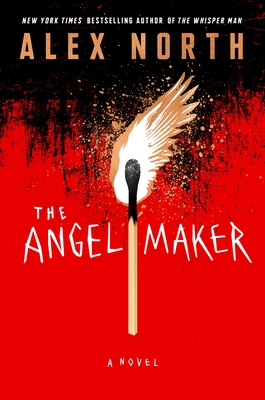 From the New York Times bestselling author of The Whisper Man and The Shadows comes a dark, suspenseful new thriller about the mysteries of fate, the unbreakable bond of siblings, and a notorious serial killer who was said to know the future.

Growing up in a beautiful house in the English countryside, Katie Shaw lived a charmed life. At the cusp of graduation, she had big dreams, a devoted boyfriend, and a little brother she protected fiercely. Until the day a violent stranger changed the fate of her family forever.

Years later, still unable to live down the guilt surrounding what happened to her brother, Chris, and now with a child of her own to protect, Katie struggles to separate the real threats from the imagined. Then she gets the phone call: Chris has gone missing and needs his big sister once more.

Meanwhile, Detective Laurence Page is facing a particularly gruesome crime. A distinguished professor of fate and free will has been brutally murdered just hours after firing his staff. All the leads point back to two old cases: the gruesome attack on teenager Christopher Shaw, and the despicable crimes of a notorious serial killer who, legend had it, could see the future.

Alex North is the internationally bestselling author of The Whisper Man and The Shadows. He lives in Leeds, England, with his wife and son, and is a British crime writer who has previously published under another name.

The Angel Maker weaves "an intriguing cast of characters across multiple time periods into a story rich with layers and plot twists and perfectly suspenseful pacing. A delightfully bone-chilling tale."
–Kirkus Reviews

"At [The Angel Maker's] center is a present-day murder, but embedded in its core are the paranormal, elements of cringeworthy horror, and a riveting study of the bonds and boundaries of sibling devotion, as well as a master study on determinism... Everything in this story is connected in ways the reader can’t begin to imagine until a series of stunning parallels and revelations are disclosed. Wait for it!"
—Booklist, starred review