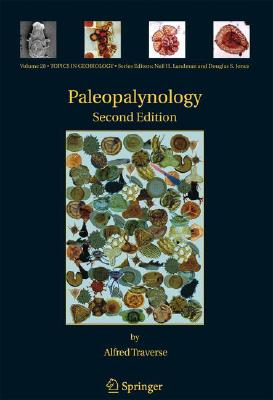 Extant spores and pollen are treated first, preparing the student for more difficult work with fossil sporomorphs and other kinds of palynomorphs. Recognizing that palynomorphs occur together in rocks because of chemical robustness and stratigraphic distribution, not biological relationship, the central sections are organized stratigraphically. Among many other topics presented are the sedimentation and geothermal alteration of palynomorphs, and palynofacies analysis. An appendix describes laboratory methods. The glossary, bibliographies and index are useful tools for study of the literature.

Alfred Traverse first encountered palynology, then a smaller subject called 'pollen analysis', in courses at Cambridge University under Harry Godwin and others, in 1946-47. At Harvard University he did a Ph. D. dissertation with E. S. Barghoorn on a mid-Cenozoic palynoflora, it was in 1951 the first doctoral dissertation on paleopalynology in the USA. He then worked as a coal technologist and palynologist for the U.S. Bureau of Mines and Shell Oil Company, 1951-1965, and became Assistant Professor of Palynology at Pennsylvania State University, 1966-92. He was guest professor of palynology at the Swiss Federal Technical Institute, 1980-81, and at the Senckenberg Museum, Frankfurt, Germany, 1991-92. He is now Emeritus Professor Palynology at Penn State, and continues to do research in the field. His publications in palynology cover all geological periods from Ordovician to present, and many of the kinds of palynomorphs, as well a such contributions to general palynological topics as the books, Paleopalynology (1st Ed., Unwin-Hyman, 1988), and Sedimentation of Organic Particles (Cambridge Univ. Press, 1994). He was for some years Editor of the Catalog of Fossil Spores and Pollen, and remains keenly interested in nomenclature and systematics of fossil palynomorphs.