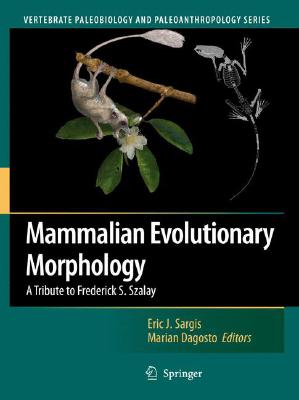 Frederick S. Szalay is a commanding figure - one of those Frederick Sigmund Szalay was born in Hungary on peerless inimitable people that leave a lasting impression November 15, 1938. In many ways he was the product of however briefly they are encountered. Passionate and fear- the war-torn years of World War II where as a child he spent less, he approaches his work, as he does everything else in months forced to live in the cellars of Budapest while bombs his life, with great gusto and verve and expects everyone were falling. Towards the end of the war this was followed by around him to do the same. To have worked with him was street combat between the German and Soviet forces, which alternately a terror and a blessing, but was in any case truly he witnessed firsthand when he and other small rascals m- inspirational. Students and colleagues alike were apprehen- aged to sneak upstairs from the cellar. As a 6-year-old at the sive of his much renowned (but in reality rarely displayed and end of 1944, he helped his uncle and some friends coax an usually deserved) critiques, but therefore all the more appre- unexploded 500 lb bomb down the stairs from the third floor ciative of his generously given honest praise and unwavering of the house where they lived. Having to scavenge for food confidence and support.

Eric J. Sargis: (Ph.D., City University of New York [CUNY], a part of the New York Consortium in Evolutionary Primatology [NYCEP]) is an Associate Professor of Anthropology. His dissertation research was on the functional postcranial morphology of treeshrews (Scandentia) and its significance for understanding primate supraordinal relationships and the phylogenetics of archontan mammals. Eric has also worked on the evolutionary morphology of Old World monkeys (Primates, Cercopithecidae) and marsupials. He has conducted fieldwork in Malaysia (1994), Indonesia (1994), Ethiopia (1996, 1997), Bolivia (2001), Peru (2001, 2002, 2003), Madagascar (2003), Brazil (2005), and Cambodia (2006). Eric is also an Assistant Curator of Mammalogy at the Peabody Museum of Natural History, the Treasurer of the Society for the Study of Mammalian Evolution (SSME), and the Book Review Editor of the Journal of Mammalian Evolution (JME).Marian Dagosto: The focus of her research efforts is the understanding of the functional, adaptive, and phylogenetic significance of the anatomy of the limb skeleton in extant and fossil prosimian primates. The fossil members of this group, the Adapidae and Omomyidae, are the earliest known primates, and all living primates are thought to have descended from these forms. This group of primates, then, can provide clues to the early adaptive history of the order, and help identify the probable selective forces which shaped the basic morphology of this group. She has been concentrating on two primary areas of inquiry in this field. The first is the functional analysis of the limb anatomy of fossil primates, including description of newly discovered primate remains, an analysis of the probable locomotor behaviors of fossil species, and the phylogenetic implications of their morphological features. Current projects in this area include analysis of the postcranium of the omomyid primates and of the Eocene Chinese eosimiids. The second area is the "ecomorphology" of primate locomotion: the documentation of locomotor behavior and its ecological context (relationship to food resources, forest type) and its relationship to interspecific differences in morphology in living primates. Her current project in this area is the positional behavior of the Philippine tarsier, Tarsius syrichta. She is also investigating geographic variation in skull size and shape in the genus Tarsius and its implications for the phylogeny and biogeographic history of these primates.