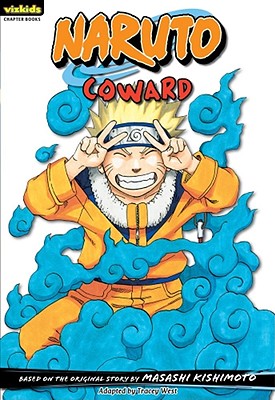 This is book number 12 in the Naruto: Chapter Books series.

Meet Naruto, he's a class-clown, a lazy bum, a total prankster, and could just possibly be the world's most powerful Ninja!

Naruto is a ninja-in-training with an incorrigible knack for mischief. He's got a wild sense of humor, but Naruto is completely serious about his mission to be the world's greatest ninja!

Young ninja Naruto and all his friends are taking the Chunin Exams, which, if they pass, will promote them to the next ninja level. The new test is to enter the Forest of Death! And inside is a predator, the scariest enemy they've had to face yet! Will Naruto or any of his friends end up a COWARD?