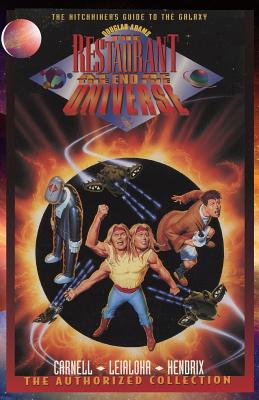 By John Carnell (Adapted by), Douglas Adams (Based on Book Series)
$26.95
Usually Arrives in 3-5 Days

Thus begins the next adventure of the intrepid occupants of the Heart of Gold: Arthur Dent, Ford Prefect, Zaphod Beeblebrox, Trillian, and Marvin the Paranoid Android in the first installment of the comic ebook series, The Restaurant at the End of the Universe. Adapted from the second novel of Douglas Adams's classic sci-fi satire series, The Hitchhiker's Guide to the Galaxy.