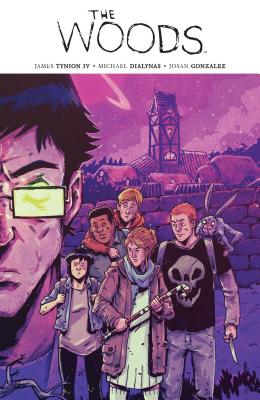 This is book number 3 in the The Woods series.

The first year of the GLAAD nominated series concludes.

The more the crew finds out about the woods, the deeper the mystery gets. With Clay and the Duke teaming up to try and force the school into servitude for the New London army, the kids need to think up a plan to save their peers, and fast. And with Adrian uncontrollable and on the loose, no one knows what his next move will be.