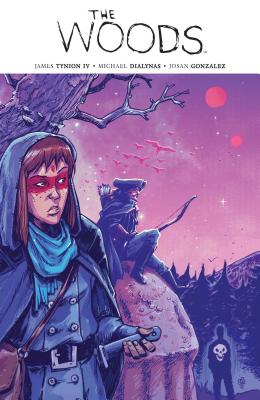 This is book number 4 in the The Woods series.

On October 16, 2013, 437 students, 52 teachers, and 24 additional staff from Bay Point Preparatory High School in suburban Milwaukee, WI vanished without a trace, finding themselves countless light years away in the middle of an ancient, primordial wilderness. In the wake of the election, the results have turned the students against their new-found allies. And as Karen learns more about the Aboriginal people and their control over the power of the Woods, she must chose between her friends and her destiny.