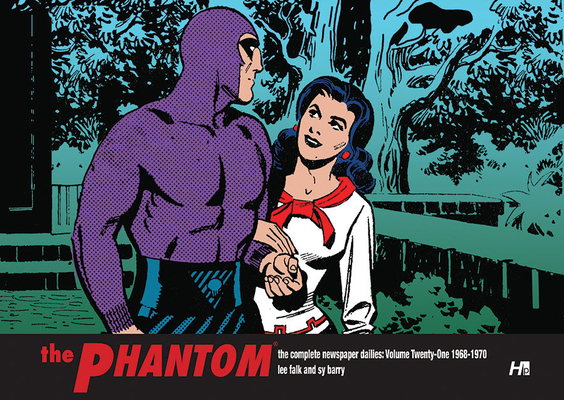 Referred to by comic strip historian Maurice Horn as the "granddaddy of all costumed superheroes," The Phantom was created in 1936 by Lee Falk with artwork by Sy Barry. The strip hit the funny pages of newspapers well before the Dark Knight or Superman made their first appearances and has been acknowledged as an influence on every "masked man of mystery" since. The Phantom set the standard for action, adventure, intrigue, and romance in adventure comic strips and comic books - it has frequently been copied but never equaled. This exciting 21st volume continues the SY BARRY YEARS Reprinted in all its black and white glory, journey with Hermes Press as we bring you five complete continuities drawn by Sy himself: 19 Jungle Olympics, ""The Frame-Up," "The Hydra," "The Art Thieves," "The Masked Ball," "The Jungle Home," "Rex, the Missing Heir," and "The Gladiator." Strips from this issue are taken directly from King Feature's proofs. Included in the volume is a comprehensive essay and documentary materials.