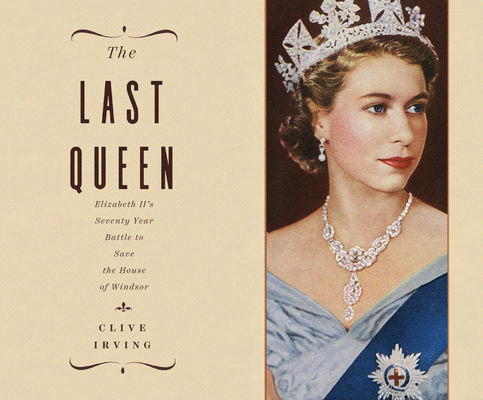 A timely and revelatory new biography of Queen Elizabeth (and her family) exploring how the Windsors have evolved and thrived, as the modern world has changed around them.

Clive Irving’s stunning new narrative biography The Last Queen probes the question of the British monarchy’s longevity.  In 2021, the Queen Elizabeth II finally appears to be at ease in the modern world, helped by the new generation of Windsors. But through Irving’s unique insight there emerges a more fragile institution, whose extraordinarily dutiful matriarch has managed to persevere with dignity, yet in doing so made a Faustian pact with the media.

The Last Queen is not a conventional biography—and the book is therefore not limited by the traditions of that genre. Instead, it follows Elizabeth and her family’s struggle to survive in the face of unprecedented changes in our attitudes towards the royal family, with the critical eye of an investigative reporter who is present and involved on a highly personal level.

Clive Irving has had a long career in journalism on both sides of the Atlantic. He has been managing editor of the Sunday Times in London, he was director of current affairs programming for London Weekend Television; and a consulting editor for Newsday in New York. He was the founding editor of Conde Nast Traveler, where he is still Editor Emeritus, and is a regular columnist for the Daily Beast. Most recently, he was a key contributor to the acclaimed two-part BBC documentary, Margaret: The Rebel Princess, which was broadcast on PBS in America. Irving lives in England. --This text refers to the hardcover edition.