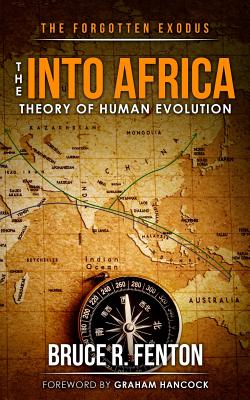 By Bruce Fenton, Graham Hancock (Foreword by)
$9.95
Usually Arrives in 3-5 Days
(This book cannot be returned.)

The Geographic Origin of Modern Humans: Half a Century after the collapse of the Out of Asia Theory and The Widespread Adoption of Out of Africa Theory, a new debate is underway over the relative importance of Africa and Asia in our evolutionary story. Each clique of scientists has a part of the story correct, but new evidence shows they are all fundamentally wrong.

On the one side, we have academics highlighting the astonishing fossil record of China with multiple sites now producing modern human fossils aged between 80 - 120 thousand years, or older. Several extremely ancient fossil finds in China, including Dali, Maba and Jinniushan, place archaic Homo sapiens in this region up to 260,000 years ago.

On the other side, we have scientists pointing to Africa's impressive fossil record with its evidence of potential ancestors going back around 6 million years. The evidence of extreme genetic diversity among Africans and the discovery of 300,000-year-old archaic Homo sapiens fossils in Morocco tends to further support the idea that humans came out from Africa.

We can understand why both sides are so sure of their positions, and why the debate continues. While leading academics focussed on their own agendas, they overlooked significant evidence.

Between the two poles of Out of Africa and Out of Asia Theory, exists a 'Middle Way'. The Forgotten Exodus: The Into Africa Theory of Human Evolution, reveals that within the known fossil record, the current genetic studies and recent paleoclimate models there is compelling evidence for a superior theory of human origins, representing a paradigm displacement.

The Into Africa Theory does not dispute the evidence placing the earliest hominins in Africa.However, it does not agree with the consensus view that Homo sapiens emerged there first and later migrated to Eurasia.

The Into Africa Theory recognises the extraordinary evidence for critical stages in our development occurring in East and Southeast Asia. It is abundantly clear that as a new concerted effort to gather and evaluate fossil evidence begins in earnest we see astonishing new discoveries.

The Into Africa Theorydisputes the claims of Out of Africa and Out of Asia(or Europe) adherents over the starting point for the migration which populated Eurasia approximately 60,000 years ago and identifies the actual location.

Amazing facts that you will encounter:

-Homo heidelbergensis was not ancestral to modern humans

-An Indonesian supervolcano brought about the end for multiple hominin species

-While supposedly isolated, Aboriginal Australians interbred with Denisovans 44,000 years ago

You will come away with a unique view of humanity and a sense of excitement for revelations still set to arrive. This book reminds all of us that we have a collective ability to overcome enormous obstacles.