Weight of Our Sky (Prebound) 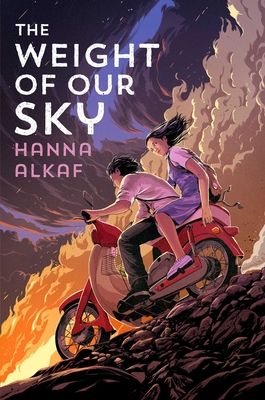 A music loving teen with OCD does everything she can to find her way back to her mother during the historic race riots in 1969 Kuala Lumpur, Malaysia, in this heart-pounding, "stunning" (Publishers Weekly, starred review) debut. Melati Ahmad looks like your typical movie-going, Beatles-obsessed sixteen-year-old. Unlike most other sixteen-year-olds though, Mel also believes that she harbors a djinn inside her, one who threatens her with horrific images of her mother's death unless she adheres to an elaborate ritual of counting and tapping to keep him satisfied. A trip to the movies after school turns into a nightmare when the city erupts into violent race riots between the Chinese and the Malay. When gangsters come into the theater and hold movie-goers hostage, Mel, a Malay, is saved by a Chinese woman, but has to leave her best friend behind to die. On their journey through town, Mel sees for herself the devastation caused by the riots. In her village, a neighbor tells her that her mother, a nurse, was called in to help with the many bodies piling up at the hospital. Mel must survive on her own, with the help of a few kind strangers, until she finds her mother. But the djinn in her mind threatens her ability to cope.

Hanna Alkaf is the author of The Weight of Our Sky, The Girl and the Ghost, and Queen of the Tiles. She graduated with a degree in journalism from Northwestern University and has spent most of her life working with words, both in fiction and nonfiction. She lives in Kuala Lumpur with her family.