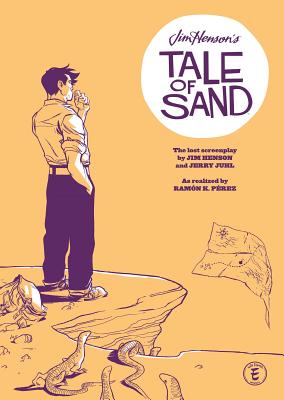 Between 1967 and 1974, Jim Henson and his longtime writing partner Jerry Juhl developed three drafts of a screenplay for a feature length film called Tale of Sand.

It was during the development of the final draft of the screenplay that Jim Henson became involved in the production of Sesame Street and The Muppet Show, and he left the experimental filmmaking of his youth behind to concentrate on the creations that would in time make him a household name.

Tale of Sand has remained in the vaults of The Jim Henson Company ever since. It is the only feature-length screenplay written by Jim Henson that he was never able to produce during his lifetime.

Jim Henson was an American puppeteer, animator, cartoonist, voice actor, inventor, filmmaker, and screenwriter who achieved worldwide notice as the creator of The Muppets, The Storyteller, The Dark Crystal, Labyrinth, and Fraggle Rock.