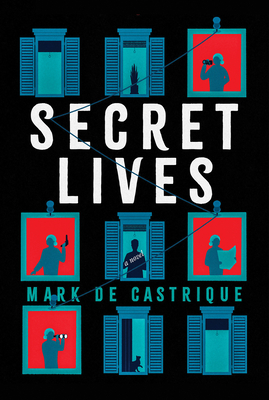 "A high energy foray into cryptocurrency and government corruption."—First Clue

"This light and lively series launch introduces 75-year-old Ethel Fiona Crestwater...an elderly Nancy Drew: sure of herself and her convictions, and ready to bend a few rules to achieve her goal of seeing justice done." —Publishers Weekly

For fans of unexpected-yet-badass female sleuths, meet former FBI agent-turned-boardinghouse landlady Ethel Fiona Crestwater. Her age affords her precious invisibility. She can outthink and outshoot most men—and women—half her age.

When someone murders one of her boarders, Ethel springs into action—much to the surprise of her double-first-cousin-twice-removed, Jesse, who has recently come to stay with her while he attends university. As he watches her photograph the crime scene, conceal evidence, and speed-dial the Secret Service Director, Jesse realizes that there's much more to Ethel than appearances suggest.

When Jesse is assaulted and the gym bag full of cash Ethel had hidden is stolen from the basement, the pair decides it's time to launch their own unofficial investigation. With no one to trust but each other, this unlikely duo learns that the only thing truly worth risking your life for is family.

Mark de Castrique grew up in the mountains of western North Carolina where many of his novels are set. He's a veteran of the television and film production industry, has served as an adjunct professor at the University of North Carolina at Charlotte teaching The American Mystery, and he's a frequent speaker and workshop leader. He and his wife, Linda, live in Charlotte, North Carolina. www.markdecastrique.com

"Of-the-moment thriller, featuring an elderly detective and her younger sidekick grappling not only with interagency shenanigans but also the very modern complications brought about by the rise of cryptocurrency." — Criminal Element

"Mark de Castrique’s Secret Lives is a fictitious tale worthy of your time...the complex plot involves a 75-year-old landlady-turned-retired FBI agent with an outstanding network of political connections, a baffling murder, a suitcase containing wallets storing thousands of dollars’ worth of cryptocurrency, and the distinct odor of corruption in government." — blockchainreporter.com

"A high energy foray into cryptocurrency and government corruption. Yes, wise-cracking Ethel is highly entertaining, but to de Castrique’s credit, she’s no cutesy stereotype of a gun-wielding grandma. She’s got her own story, and it’s a complex one. " — First Clue