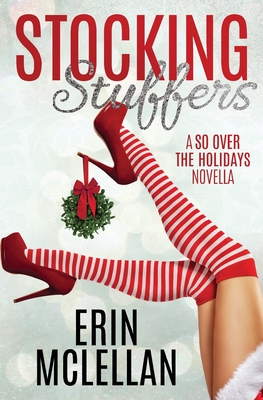 Sasha Holiday is so over the holidays after getting left at the altar last Christmas Eve. But as the marketing maven for Lady Robin's Intimate Implements, she's stuck not-so-merrily pitching naughty toys at a romance book club's Christmas party. Her loathing of the yuletide only intensifies as a snowstorm rolls in and traps her at the Winterberry Inn. Stranded with her is Perry Winters--a hot bearded book club member trimmed in flannel and tattoos.

Perry's a romantic with an unerring belief in the magic of the season, and he recognizes a Christmas miracle when he sees it. Brave, smart, and confident--Sasha Holiday is a gift. And the gifts keep coming when she suggests they pass the time with some no-strings fun. After all, she has a big bag of toys that would make even Santa want to stay in bed on Christmas Eve.

But the frisky festivities turn complicated as feelings spark between Sasha and Perry. Perry wants to see Sasha once the snow clears, but Sasha is reluctant to take the relationship sleigh ride again. Perry will have to show her that love is more than just a holiday feeling.