After the Silence (Hardcover) 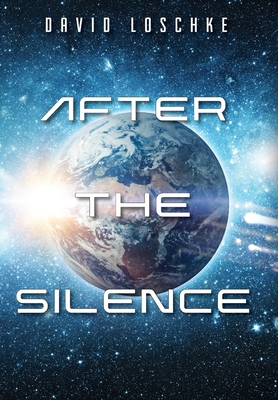 "Where is everybody?" The question became known as Fermi's Paradox. In 1950 the physicist Enrico Fermi asked this question while discussing the possibility of extraterrestrial civilizations. People reasoned that an advanced civilization able to travel at only a fifth the speed of light would be able to colonize the galaxy in a million years. Our Milky Way Galaxy is more than 13,000 million years old. On Earth, after its surface cooled from molten lava to solid rock, only a tiny part of its present age was needed for the first life to appear. And there are billions of planets in the Galaxy where a similar story could play out - time and place enough for many vast civilizations to have come and gone - and some to exist still.

Fermi asked, mightn't one expect to see some sign of alien civilizations - stray radio signals, hints of Dyson Swarms around other stars, and indeed, why not passing travelers? But nothing . . . It has been called the Great Silence.

As it happens, timing is everything. When the Great Silence finally ended - when the question of the existence of extraterrestrial intelligence was finally dispelled with the first contact from an alien civilization of staggering advancement and age, humanity faced the most extraordinary surprises in all its history. This account is one story of those surprises and challenges that began for Earth's billions, and four friends in particular, on New Year's Day 2052 - anno Nuntii - the year of the message.