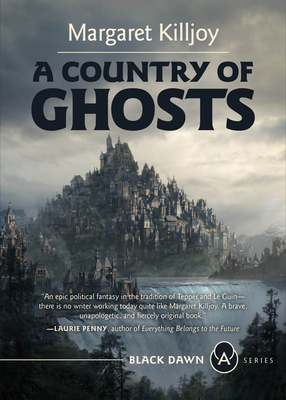 This is the second title in the Black Dawn series of speculative fiction from AK Press.

An epic political fantasy in the tradition of Tepper and Le Guin that explores the question of what an anarchist community can do to resist the assaults that are sure to come if any such social formation were to exist. Dimos Horacki is a Borolian journalist and a cynical patriot, his muckraking days behind him. But when his newspaper ships him to the front, he's embedded in the Imperial Army and the reality of colonial expansion is laid bare before him. His adventures take him from villages and homesteads to the great refugee city of Hronople, built of glass, steel, and stone, all while a war rages around him. The empire fights for coal and iron, but the anarchists of Hron fight for their way of life. A Country of Ghosts is a novel of utopia besieged and a tale that challenges every premise of contemporary society.