The Wisdom of Niccolo Machiavelli (Paperback) 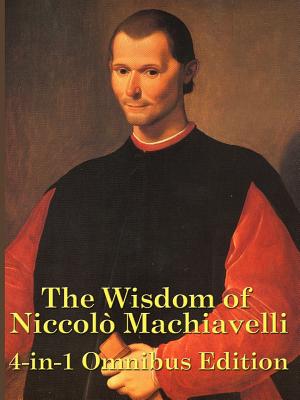 Collected Here are four of Niccol Machiavelli most important works. The Prince It was Niccol Machiavelli who essentially removed ethics from government. He did it with this book, when he asserted that The Prince (president, dictator, prime minister, etc.) does not have to be concerned with ethics, as long as their motivation is to protect the state. It is this questionable belief that in many ways had lead to the modern world as we know it. His assertion was that the head of state must protect the state no matter the cost and no matter what rules he or she breaks in the process. If you want to understand modern politics you must read this book. The Art of War Niccolo Machiavelli considered this book his greatest achievement. Here you will learn how to recruit, train, motivate, and discipline an army. You will learn the difference between strategy and tactics. Machiavelli does a masterful job of breaking down and analyzing historic battles. This book of military knowledge belongs alongside Sun-Tzu on every book shelf. The History of Florence Machiavelli's history of Florence is more a history of the politics of Florence rather than the events of Florence. Written late in life while out of favor with the ruling party; Machiavelli felt that his country could have been the grandest republic in the world's history, but that it had failed to live up to its full potential. In this book he explained why and how that came to be. Discourses on the First Decade of Titus Livius The Discorsi is a series of lessons on how a republic should be started and structured, including the concept of checks and balances, the strength of a tripartite structure, and the superiority of a republic over a principality. Its lessons are as valid today as they were six centuries ago and clear applications of his practical political philosophy can be found in the governments of many democracies today.