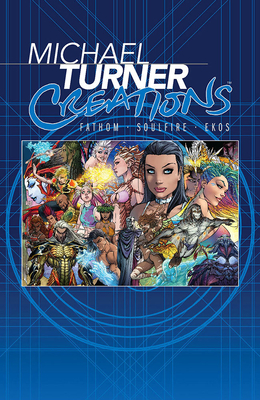 Michael Turner Creations brings you the visionary creators most cherished properties as they've never been seen before, presented in this over-sized hardcover format edition. Journey beneath the surface of the ocean in FATHOM, the best-selling comic book of 1998 and the milestone creation of artist Michael Turner. Witness the debut of SOULFIRE, as Malikai, Grace, and friends traverse a futuristic world built upon technology but ruled by magic And get a rare glimpse at one of Turner's most ambitious creations with the short, introductory story of EKOS. Showcasing three of Turner's most popular and beloved properties with some exciting surprises along the way, this is the most comprehensive collection of MICHAEL TURNER CREATIONS ever