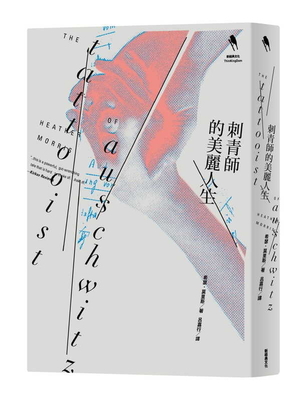 “I devoured The Tattooist of Auschwitz, a powerful book based on a true story, in two sittings. Lale, a Slovakian Jew at Auschwitz-Birkenau, becomes the Tatowierer—the man responsible for tattooing every prisoner who arrives at the concentration camp. Seen by some as a collaborator, Lale must make impossible choices to keep himself and his friends alive. Incredibly, Lale tattoos the woman who will become the love of his life. The power of their love in the face of unmitigated horror makes for one of the most compelling WWII books I have ever read.”
— Carrie Deming, The Dog Eared Book, Palmyra, NY

“Holocaust survivor Ludwig (Lale) Sokolov met with author Heather Morris for three years before his death in order to recount his harrowing experiences in the Auschwitz concentration camp during WWII. His story was developed in this novel about an Auschwitz prisoner (Lale) who survives by learning to tattoo numbers onto the arms of incoming camp prisoners. After tattooing one woman, he is determined to have her as his future wife, and resolves to survive the war. Traumatic events in the camp threaten to destroy him and his girl. In the back, Morris includes photographs, a map of the camp, and a postwar follow up on Lale, his wife, his family, some of the prisoners, and his guards. Agonizing, yet triumphant.”
— Robin Allen, Forever Books, St. Joseph, MI